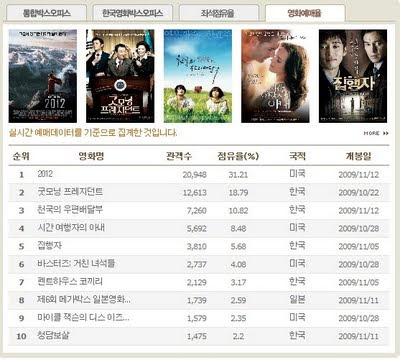 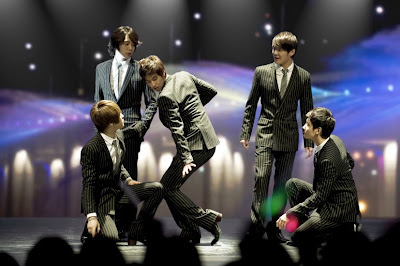 Tohoshinki’s new song is the hot topic of today,
and many inquiries are rushed to the manufacturer and music distribution sites. The new song is a ballad song
“Tokiwo Tomete”, and is the
BGM for the Menard’s CM broadcasted from August this year.
Tohoshinki’s outstanding vocal talents
are shown in this ballad.All the fans
already knew the song through the CM,
but the CD and the truetone release date
(of the full song) was not fixed yet, and fans were able
to hear approx 15 seconds of the song.
But now, in the movie “TOHOSHINKI THE LIVE 2009”,
the song is used as the endroll song. You can hear
3:40 minutes of the song (short version).
All the audience will not stand up during the endroll,
they are all quietly sitting and hearing the song till the end.
Before the movie was released, there
was no information that the song
“Tokiwo Tomete” would be used as the
endroll song, so it was a delightful surprise for the fans.
There are many inquiries requesting the
CD release of this wonderful ballad song,
which could not be confirmed when used in the CM.
Currently, there seems to be some
discussion for prior distribution, but for the time being, it is a rare
ballad that you can only hear in the theaters.
The movie “TOHOSHINKI THE LIVE 2009”,
where the song is exclusively provided,
has been decided of additional on-airs recently.

--♥ My Video to celebrate Heaven´s Postman ♥--
Ok This time I think it was a great job ne???Haha \0/ !!!
I´m just kidding u noe that in the end
I never likeddd my jobs haha \0/ !!!
Well anyway ...
Let me explain why thuis video ok???
If U know me U know about my true passion for Vampires , right ???
So almost all my videos I always did put them
As true beautifull vampires ne ???
Haha \0/ !!!So I began to writte some fanfics and
I´ll explain this story!!!
Synopse:[LOL]!!!
JaeJoong lose his bride a long time ago so
He promissed his soul to demon to exchange it for
Eternal life in the hope to see her again in this life...
So years passed by and she[HanHyoJoo] reborns LOL !!!
He feels her again So...It means that It´s time to Hunt her !!!
He´ll do anything to have her at his side again !!!
So I watch a thousand videos of JaeJoong and
I noticed everytime or he dies ir he kills LOL !!!
So I chose now He gives the eternal life ne LOL !!!
I think it´s a different idea !!!
Ah honestly I hope U like it ok ???
Credits:
http://www.imcrazyformyjaejoong.blogspot.com
http://www.tvxqpowerfullgods.blogspot.com
Shared By:
http://www.tvxqpowerfullgods.blogspot.com
Posted by:Sayuri JaeJoong♥ Yunho♥ and his pair !!!
I think they´re a beautifull couple ne???