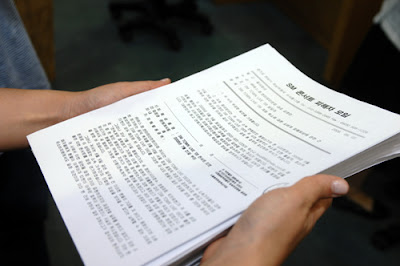 The number of people who applied for compensation, at the Korea Consumer Agency, for the cancellation of
SMTOWN in August have reached 872.
On 10 December, a representative from the
Korea Consumer Agency –
Court Committee of Consumer Disputes said,
“SM cancelled the contract
(T/N: Here, the term contract is used
because it is a business exchange
between the ticket buyers and the company)
and this caused the other parties
to request for compensation.
Adding the 240 people that filed for compensation
on 9 December to the 632 people that filed previously,
there is a total of 872 people.”
A representative said that a majority of the
applicants were youths, and proper proceedings
will be carried out after these 872 applicants
have been verfied. Due to the dispute
SM is having with 3 members of TVXQ,
the “SMTOWN LIVE ‘09″ concert
that was to be held in August was cancelled.
The Committee estimates that the total sales
for that concert amounted to roughly $9,090,000,000 (Won),
and the Family Ticket which allowed
4 people to enter together amounted to $143,000 (Won).
The Committee will take into consideration
that most of the applicants are youths,
so the latest the verdict will come out is
by next year, and a conclusive verdict will be given then. 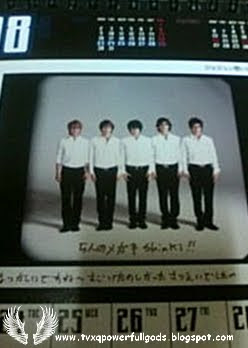 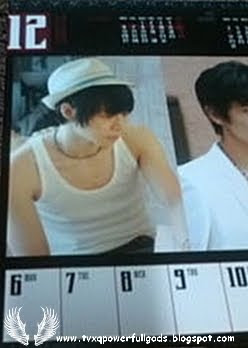 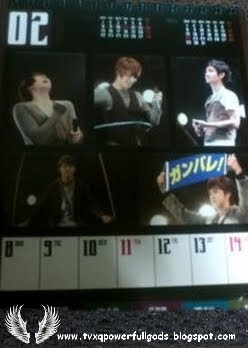 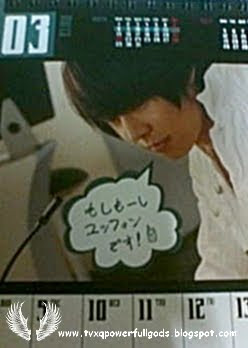 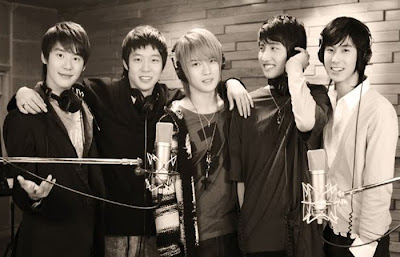 “Bigeast 4th FANCLUB EVENT Cancellation Notice”
We have announced the notice
from supporting fanclub Bigeast secretariat
and comments from
Tohoshinki members,
It’s regretful about the cancellation of
the event,for all fans who have been waiting for this,
I truly apologize.
The five members feel reluctant,
but they’re considering the present circumstances.
After repetitive discussions over discussions
in which included the members, it’s still a tough decision.
Indeed, for today’s announcement,
we ask for your understanding.
As quoted from the secretariat, we will continue
to support the five members activities in much power.
Thank you.
End
My heart is also going on with you, Bigeast….

--♥ JaeJoong Cute Pics ♥--
Amu JaeJoongie♥ my so cute friend
ask me if I can post for her some
JaeJoong♥´s cute pics ne ???
So I´m posting for U my Angel !!!
Look at thissssss !!!
This is the maximussss of cuteness !!!
I think in all this years I never seen before
one more cute pic than This !!!

Ok Stop all here !!!
This is very ultra maxi plus super cute !!!

Ahhhh!!! I Loved his so small and delicate mouth!!!

LOL!!! This is super funny and cute at the same time!!!

Ahhh!! I love when he pay attention this way!!!

♥BIGEAST LIMITED CALENDAR♥
PROUD to be a Bigeast !!!!!
I´m in love with this new weekly calendar
Exclusive for Bigeasts!!!Weeeee Here Goes for you all
our Bigeast Limited Calendar!
Sorry I have no free time enough to take pics ...
I promisse I´ll add new photos as soon as possible♥ 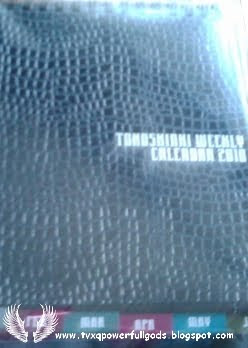 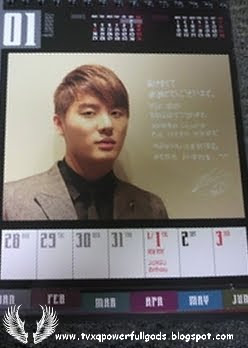 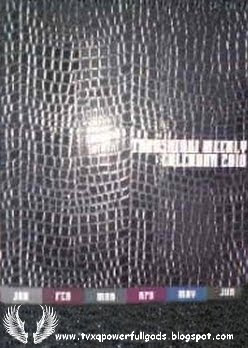 Credits: www.tvxqpowerfullgods.blogspot.com
Posted by:
♥YukariiChangmin♥
WANNA RE-POST? BE FREE ^-^JUST ASK YOU
KINDLY FOR RE-POST IT WITH PROPERLY CREDITS ♥

[ 091211 ]
--♥ TVXQ's Yunho Mentioned in Interview ♥--
--♥ with Actress Yoon Yeo Jung Actress ♥--
--♥ Yoon Yeo-jung ♥--
[Chae Ki-won/10Asia]
Note: Yoon Yeo Jung is an actress who appeared
with Yunho in his debut drama "Heading to the Ground."
She plays the role of Ae Ja, a restaurant owner.
Character profile
(from the soompi HTTG thread): 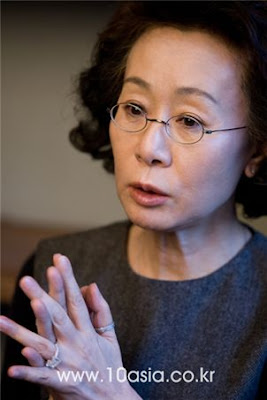 - omitted -
10: When you're acting with younger actors,
it seems that you manage to create more of a
romantic tension than make the relationship
into one between a mother and son.
You did it with Daniel Choi in TV series
"The World that they Live In" and with TVXQ member
U-Know Yunho in drama "No Limit".
Yoon: The producer had intended on
it from the beginning in the case of "No Limit".
He kept making Yun-ho call me
"Aeja-ssi" [similar to Miss. Aeja] but there is no
way it could've been easy for him
since it was his first try at acting.
The producer had to end up telling
Yun-ho to think that he was dating a grandmother.
Yun-ho is the type that will work very
hard just as he's told so he would call me
whenever he has time, saying 'Aeja-ssi,
it's Yun-ho' or 'Aeja-ssi, did you eat?'.
Of course, he doesn't call me that anymore
but he calls me time to time. I asked him
if he wanted to come to our screening and he really did.
I thank him for that.
- omitted -
Source: 10asia.co.kr
Shared by: OneTVXQ.com
Please take out with full credits. Thanks! 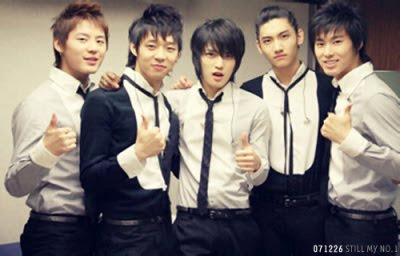 Bigeast 4th FANCLUB EVENT” Cancellation Noticement
For all your even warmer support for Tohoshinki, thank you very much.Today we have to deliver everyone a very important notice. We finally decided to cancel the “Bigeast 4th FANCLUB EVENT” which is planned to be held for one month next year.
We know that all Bigeast has been waiting for the event with much anticipation, therefore for us to write this announcement,
we feel really sorry.
We think some of you may have already known from media that currently Tohoshinki is having some domestic problems and after we did much consultation and discussion with the members themselves, in the end we come to decision that we need to cancel this fan club event.
For all Bigeast who has been watching over Tohoshinki in warm support, we again have to apologize that the result turns out like this.We hope for your understanding that we just can announce this today.About any refund for this event, we will contact you later.
Bigeast secretariat strongly hopes that you all continue supporting Tohoshinki activities as five members.
Thank you for the future of Tohoshinki.
- Bigeast secretariat -
For everyone who are always supporting Tohoshinki,
Thank you very much.Encouragement from Bigeast gives us more power.
Nevertheless, to always give you such worriness, we feel really sorry.
Now that we have to stop the fanclub event you all have
been looking forward, we have to apologize even more.
We always have feeling to create a stage as professionals
so that all of you can enjoy the circumtances, and in front of all Bigeast,
we have will to be honest.
Afterall, when our true smiling face can not be shown
yet we still stand on stage, it means that we lie to all fans there,
thus we decided to cancel the event.
We need time to organize our mind,
and finally we would like to meet everyone with a true smile.
Really sorry to cause you worriness.
- Tohoshinki -
source: bigeast mail
trans: sharingyoochun@wordpress
shared by: www.tvxqpowerfullgods.blogspot.com
Posted by:
♥YukariiChangmin♥ 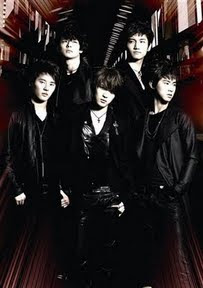 "Let the 5 members of Tohoshinki continue to shine forever.
"That must be what a lot of people wish for.
Also, to ensure that they can continue down this road in a better way,
there are many Japanese fans who can do their best for them.
Do you wish to see the 5 members of Tohoshinki happy; do you wish to see their cheerful smiles?Do you wish to put all our thoughts and gratitude into one heart?
This is our [BREAK OUT!] plan to exceed 500,000 copies in sales.
~We want to show the Japanese fans' "Love" and "Thanks"
~Please buy Tohoshinki's new single [BREAK OUT!]
as a gift and give it to someone important to you, someone you like,
someone you love, and even someone whom you hope will be cheered up!
This is a really good song that is full of energy and courage. Anyone who listens to it will definitely feel happy!If everyone takes part, 500,000 will not just be a dream number.
This project depends on everyone's support, but please do not force yourself, just do as much as you can.
Source: [withtvxq]
Translation credits: mandasoh@tohosomnia.net
Shared by: tohosomnia.net
posted by :
♥YukariiChangmin♥