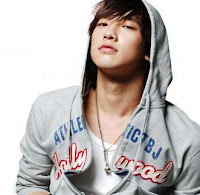 TVXQ member Jaejoong, who challenged acting for the first time, expressed his thoughts on his acting at the preview and press conference.
At 4.30pm on the 9th, Jaejoong attended the press conference of “Heaven’s Postman”, organised by Seoul CGV, and answered
the questions presented by the reporters.
Jaejoong said,
“Acting and performing on stage is
completely different, and I spent a lot
of time trying to find the ‘feel’ of the character.
So the director suggested that
I try pretending that acting was a stage performance.”
He also said, “After seeing how senior Rain successfully entered the drama industry, he also made a lot of improvements in his stage performances.”
Later, Jaejoong also said,
“In order to portray the character well,
I agonized over it. I was troubled for very long,
over how to portray the unique
personality of the character, and
I benefited greatly from the Director’s guidance.”